The weather Tuesday was cool and clear, perfect for an adventure. I took the number 15 bus to Grand Avenue, close to the Willamette River. I was walking toward the number 6 bus stop when something caught my eye.

This wonderful building has been puzzling me for some time. It is on the corner of SE Belmont and SE Grand and is, as far as I can see, the tallest building on the Eastside of Portland, certainly the tallest for miles around. So I walked over to learn more, if I could. Many old buildings have a name, a plaque declaring it to be on the National Registry of Historic Places, a date….something to indicate when it was built, why, and by whom.

Later, I found that the Weatherly Building was built in 1927 by George Weatherly, a man who made his fortune in the ice cream retail and manufacturing business. One of his employees invented and patented the first ice cream cone making machine. Civilization owes them both a great debt, I think.

Mr. McCloud does know that the building has recently been sold and his parking lot will be closed within a month or two, which means he will need to find another job.

We lamented together that change usually means someone gets pushed out of where they are, I wished him luck, and caught my number 6 bus heading north on Grand Avenue, which further on joins with Martin Luther King Jr. Avenue.

I got off at Alberta Street, the main drag of the neighborhood. The Alberta neighborhood has been one of the main black neighborhoods in Portland since the 1940s. In those days, red lining practices in real estate meant that black people couldn’t buy property in most areas of the city. Even after these racist practices were outlawed, they were still quietly continued.

The Alberta has the feel of an older neighborhood working to re-invent itself. Murals and memorials show the racial struggle and heroes the the community. There are smaller houses and storefronts, but many lots have taller new construction going on.

On a corner, I found a small silver monument to Officer Harry Jackson, dedicated in August, 1997. This memorial was erected while Officer Jackson was still working for the Portland Police Force. Becoming a police officer in spite of discrimination, he became respected for his community-building and encouragement of shared responsibility within the area. He represented the best in policing. 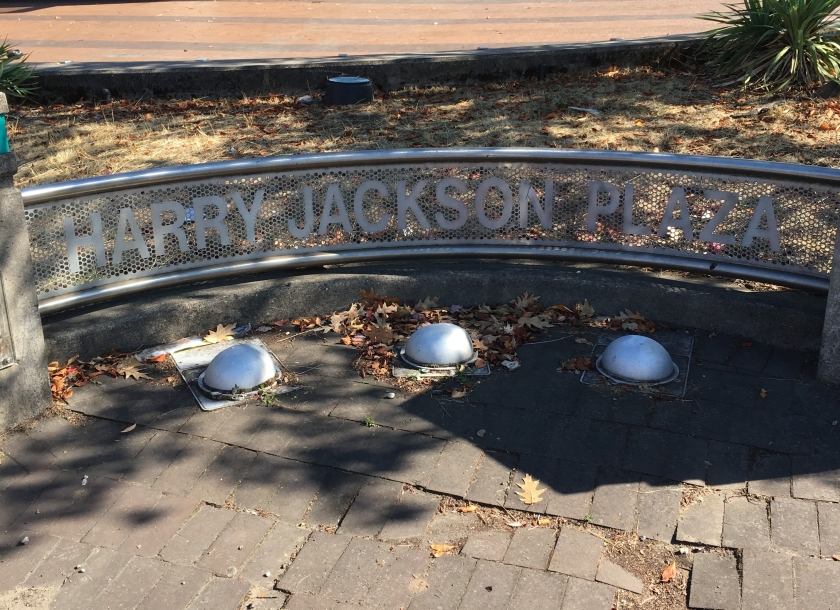 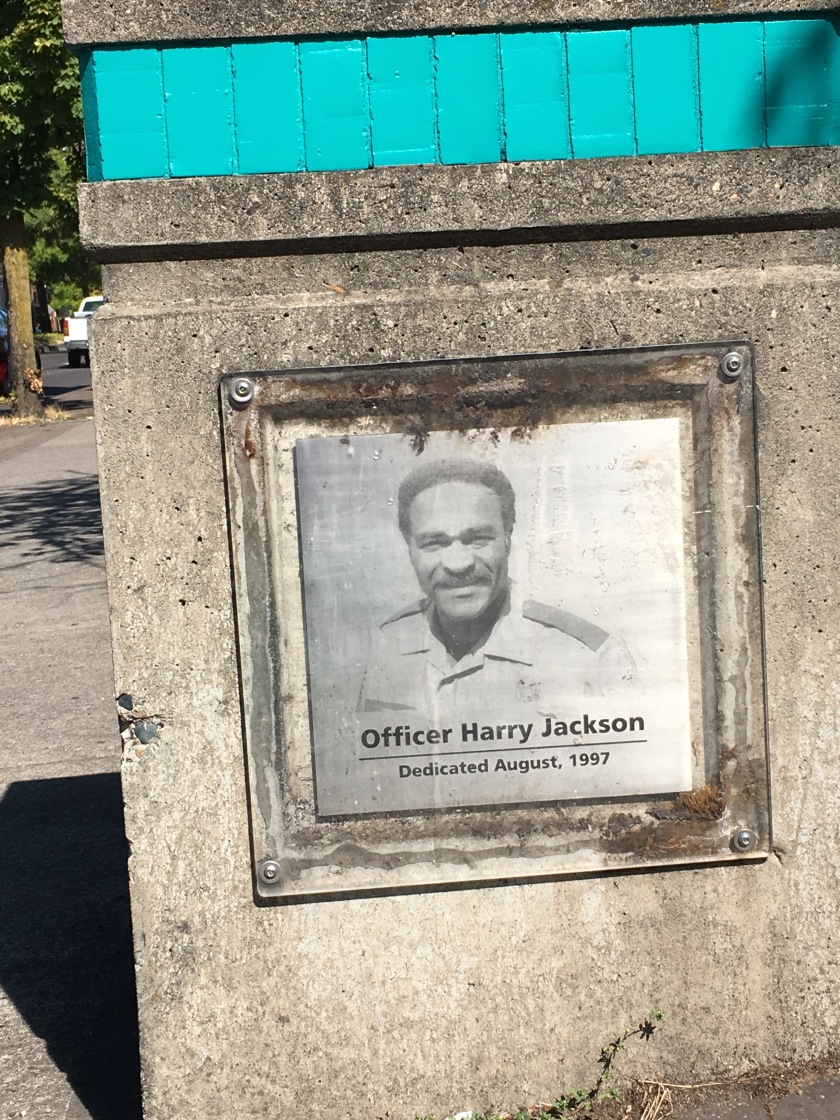 After looking around for a while, I found my primary quest: Modern Domestic, a fabric store that was recommended by the lady at Josephine’s Dry Goods.

This store was what I have been looking for. It carries cottons, wools, linens, blends, all the sorts of fabrics I want for my quilt.

Tomorrow, I will tell you what I found! 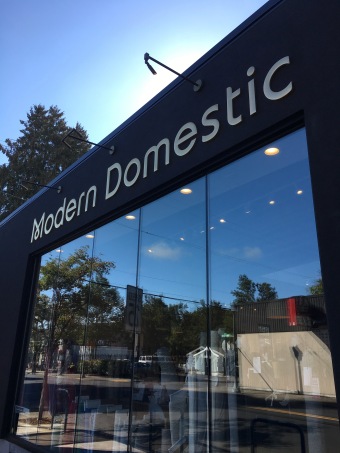 One thought on “North to Alberta, Part 1”