We have had a few weeks of Halloween celebrations, but Wednesday was ACTUALLY Halloween, so we went out for some fun. We got into costumes and walked around the corner to Suzette, a lovely restaurant and crepe place. French onion soup and goat cheese crepes, along with some lovely wine and cider, filled us up for our adventure.

Then, on to OMSI! The Oregon Museum of Science and Industry, down by the river, was having a party which included an exhibit of replicas of the treasures from King Tut’s tomb. The originals were discovered in 1922 by Howard Cater. 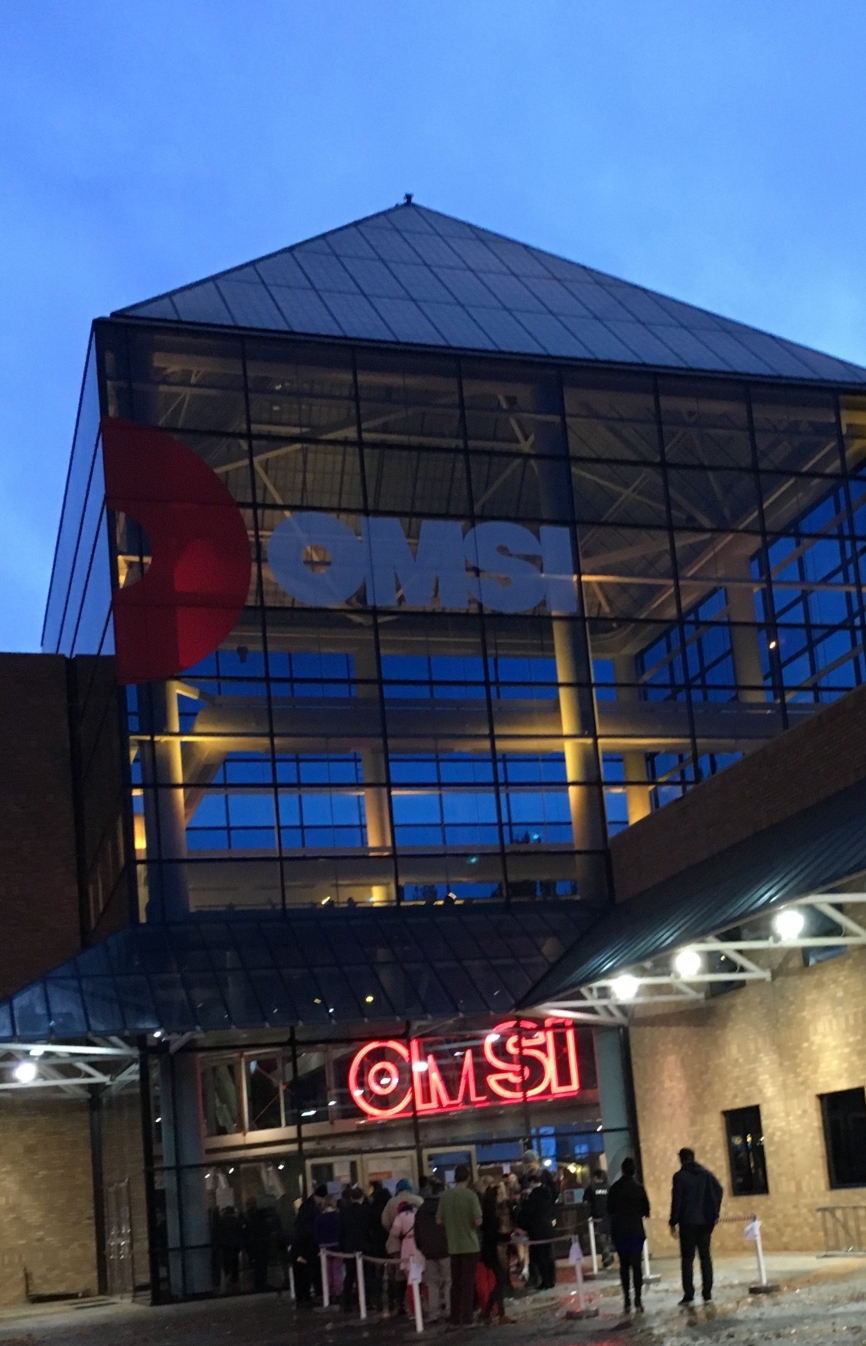 We played a game called Haunters, where you needed to find people in ghost costumes who gave you clues for places inside the museum. Then you took pictures of yourself with the ghosts and at the place the clues lead you, to win a prize. After several false starts, we got our prize, which was three tickets to come back to OMSI for free!

There were all sorts of science activities, and I was happy to see that the adults were having just as much fun as the kids do during the daytime. Upstairs we even found a 3-D land form simulator table, like you got to play with at Hartnell College! It was amazing. I will spent lots of happy afternoons there.

When we had seen just about everything and were worn out, we called for a Lyft and headed home. The Halloween season is now officially over and we get to start thinking about Thanksgiving!