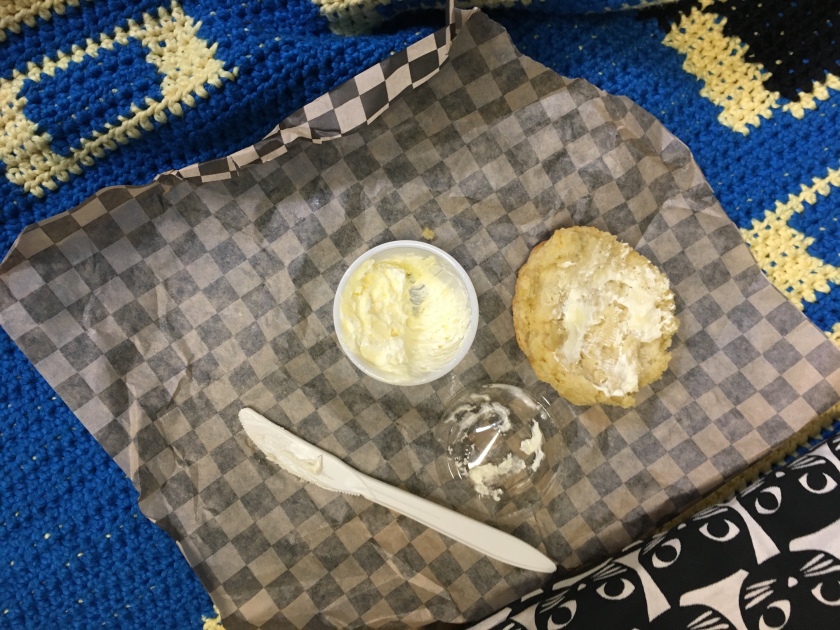 Monday was a busy day! I got up early and headed over to Auntie Katie’s shop, Books with Pictures. First, we all had some delicious biscuits from Pine State Biscuits, just a few doors down. They were delicious!

It was a school holiday, so dozens of kids at a day camp were going to be coming to the bookshop for activities. Meanwhile, cousins Jasper and Kestrel were not in school either, and needed someplace else to be.

My first thought was to take them downtown, for lunch and the History Museum. The weather is still cool and very rainy again (they say this happens every year, a week of bright and then more rain…grr….) But something else came up. 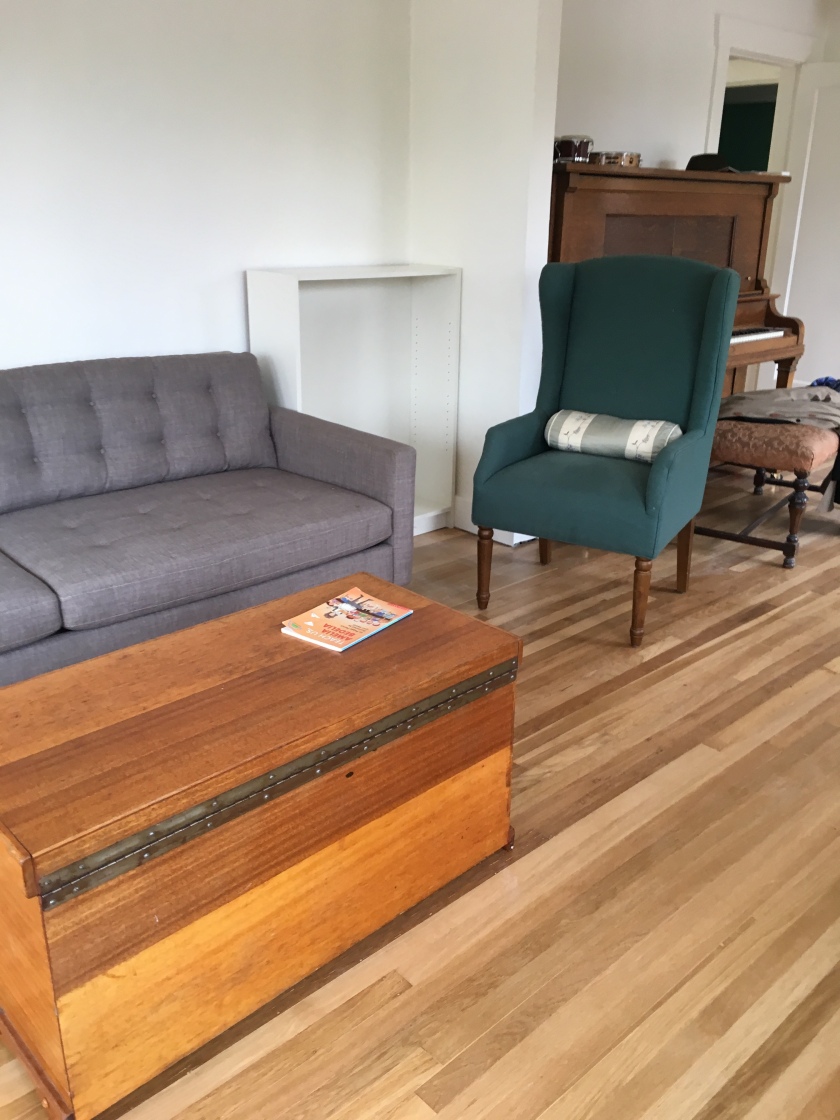 Since Katie’s family is moving into their new apartment over the new bookshop, a lot of their furniture is already there. There is also some IKEA furniture to be assembled. I got my tool box and we walked down to the new building, where boxes of furniture pieces were waiting. Working together, we three got a small desk chair done fairly easily and moved on to a dresser for the kid’s room.

The dresser had about a gazillion pieces! After half an hour of staring at the directions, I thought I had it figured out. Cousin Kestrel was very helpful and put in thirty small screws to hold in the drawer guides.

Feeling victorious but hungry, we walked to Genie’s for lunch. Tasty, huge portions, and even a take out BLT for Auntie Katie!

Back at work, it got weird. Pieces weren’t fitting. Something was wrong. I went back a few steps and realized that I had put the drawer guides on backwards!! Poor Kestrel had put in thirty screws that now had to be taken out.

I explained to the cousins that this is the meaning of “back to square one”. Being back at the beginning, but three hours later and totally exhausted. After breaking one of the little plastic cams by twisting it too hard, I decided it was time to walk away for the day.

We will try again tomorrow. I will not be defeated by furniture!