We have made some good friends here in Portland. One of our favorite folks is Jack Kent, a cartoonist we met years ago at a cartoon show. We got to visit Jack today at Bridge City Comics up in the Mississippi neighborhood, where he was having a book signing and sale for his new book, Sketchy People Year Three. 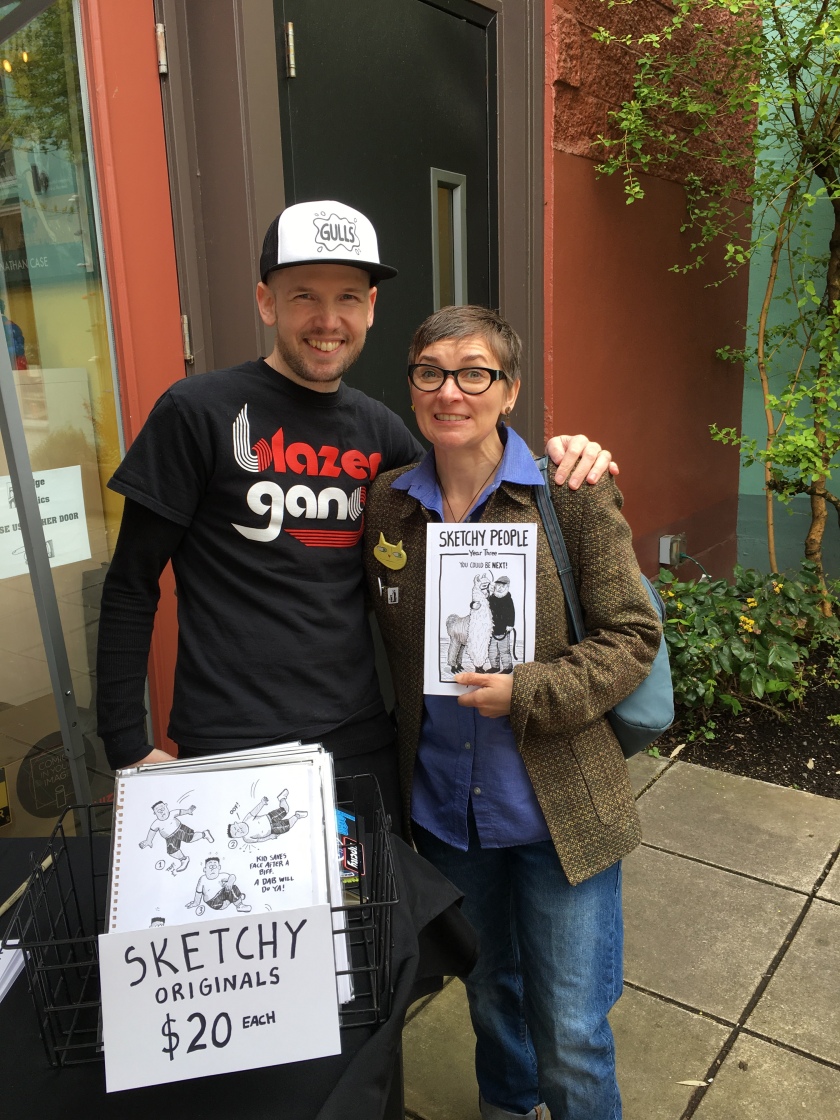 His books are collections of cartoons he draws of people he sees around town…. people in Dinosaur suits on the train, or rolling along on skateboards listening to music.

What was unusual about this book signing was that there was a llama. Yes, a llama, and his name is Cesar the No Drama Llama. He is an incredibly friendly, relaxed creature. Jack and Cesar got to know each other after Jack drew a sketch of Cesar on a Trimet train one morning, then looked up who this guy was. Turns out, Cesar does appearances to raise money for charity! He has raised over $5,000 in the last few years for showing up at parties, weddings, and even book signings.

Of course, the sketch of Cesar is on the cover of Jack’s new book, so he wanted Cesar to be at the signing. It all worked out.

After we had visited Cesar and Jack and got our picture taken, we went in search of lunch. The Mississippi neighborhood has dozens of restaurants, but it was Sunday, and there were long waits at most of them. Finally we found Bar Bar, which had fries for Grandpa Nelson, a burger for me, and a veggie burger for Auntie Bridgett. We enjoyed listening to music and watching ice skating and basketball on the t.v.

Once we had eaten, we realized how tired we were, and headed home. It felt like a full day.

One thought on “Sketchy People”