In an old movie that I love, the ghost of a sea captain argues with the new owner of his house about tearing out his Monkey Puzzle Tree. I have watched The Ghost and Mrs. Muir all my life, but never seen such a tree until I moved to Portland. And now I see them everywhere!

These trees, which grow up to fifty feet tall, have crooked branches that are covered in very pointy spikes. I imagine that’s how they were named…no one could see how even a monkey could climb one! They are native to the mountains in Ecuador. So why are they so popular in Portland?

Well, Portland, being a PORT, was home to many sea captains (like Captain Greg in my old movie), who brought home seeds of plants from their travels. At the turn of the 20th century, it was a popular thing to do, showing that you had been places, but also adding diversity to the Douglas Firs and Maples in the neighborhood. Monkey Puzzles are not what I call ‘pretty’, but they certainly are a novelty. 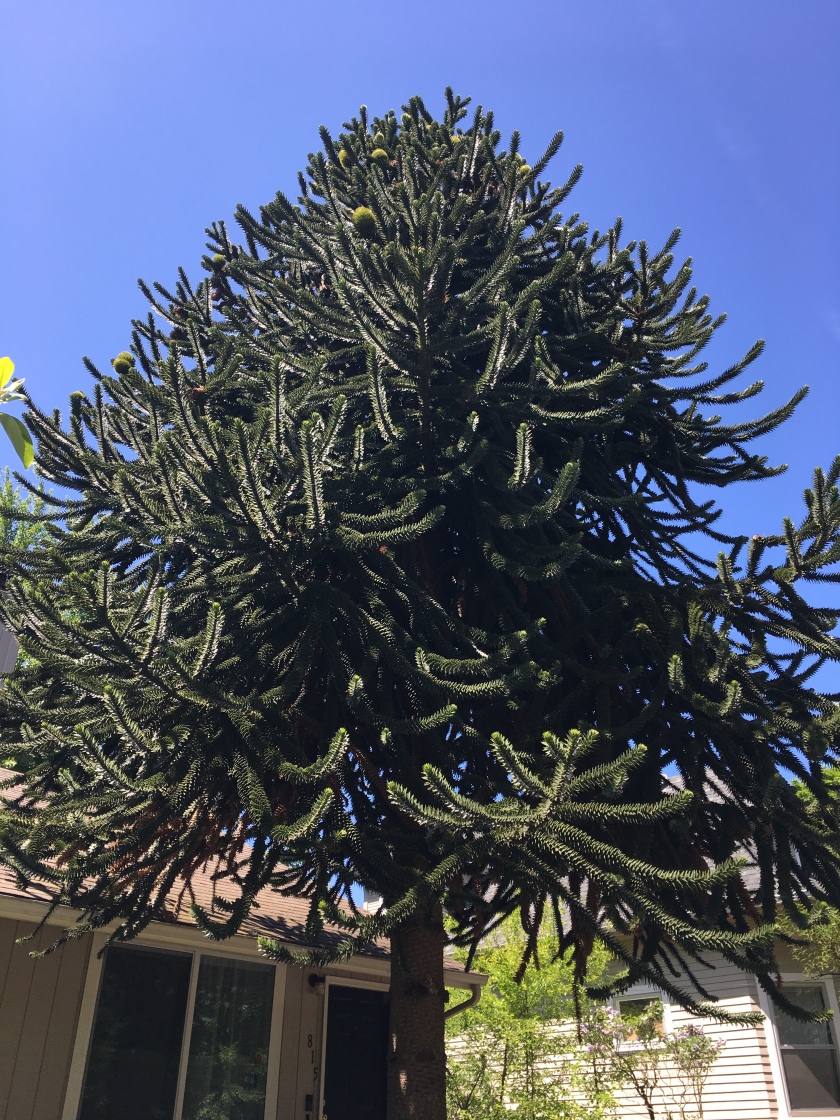 I found a 1891 article about Monkey Puzzles being used to landscape a new building at Corvallis College, and a 1903 newspaper story where a man was furious that the neighbor’s terrier had endangered his beloved Monkey Puzzle Tree with its energetic digging. Then, in 1905, the Agriculture Building at the Lewis and Clark Centennial Exposition was giving away the seeds (which are about as big as my thumb) to anyone who came by.

Of course, people wanted to have a living souvenir of the Exposition, and many trees were planted. In the more than a hundred years since, many have died or been chopped down, but once you start looking for them, you see them, especially here on the Eastside of Portland, where housing was growing just around 1905. But some of the trees are babies!! They must have been planted recently, from1905 seeds. Very nice, but prickly…. 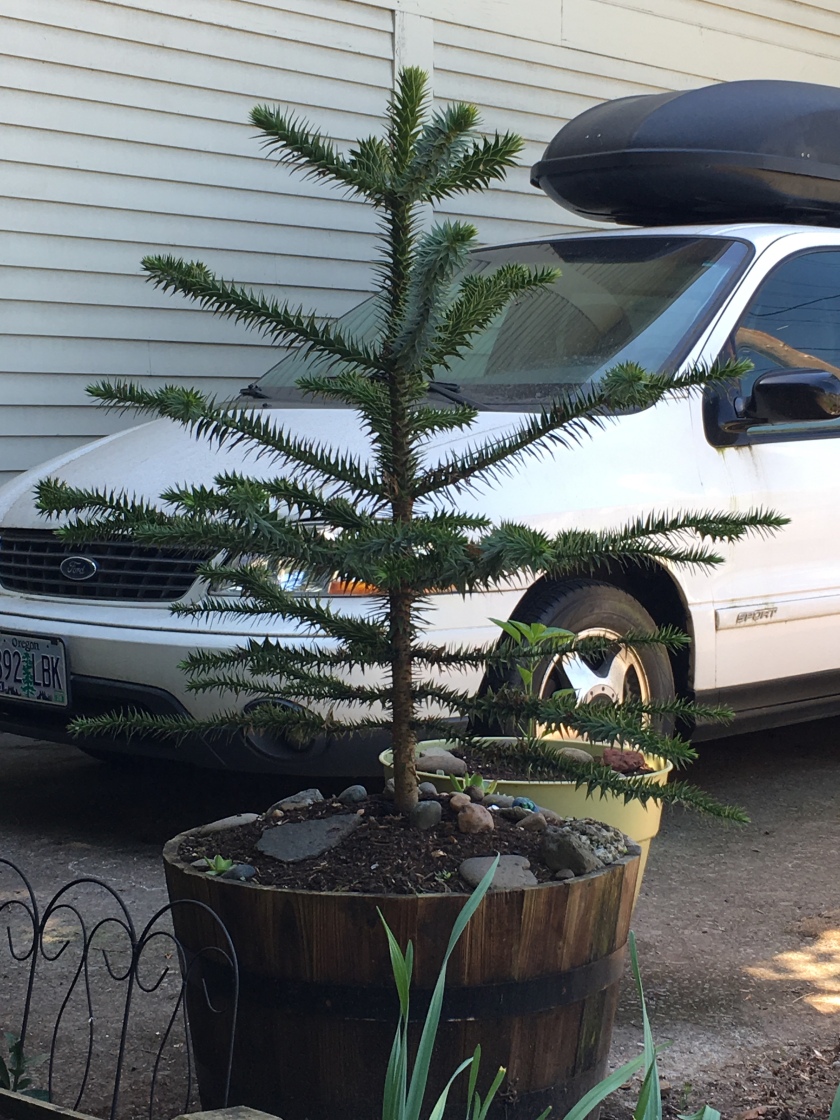 I love learning more about my new hometown!